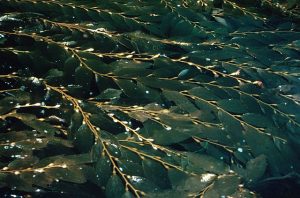 A new study published March 20, 2019 in npi Regenerative Medicine, a Nature Research Journal gives hope to people who suffer from reduced blood flow in their limbs, which can lead to amputations. Researchers led by Professor Bijan Modarai from St. Thomas’ Hospital and King’s College, London UK, made small capsules containing sodium alginate from brown algae and tested it successfully on mice.  The researchers believe that brown algae may be able to prevent amputations in people who have critical limb ischemia (CLI). Brown algae contains macrophages, which are large white immune system blood cells, that form in response to an infection or other invasive scenario in the body. The job of these macrophages is to engulf, digest and destroy all of these infectious microbes and bacteria. Brown algae or brown seaweed is mainly found in cold sea waters in the Northern hemisphere.

The researchers injected the sodium alginate from these brown algae capsules into the damaged hind legs of mice, which resulted in an increased blood flow and greater revascularization over a period of 21 days in the damaged back legs of mice. The researchers hope to be able to continue this research with human clinical trials to try to save limbs from amputations and to lower the risk for death from gangrene and other problems due to decreased blood flow in the limbs.

Lower extremity peripheral artery disease (PAD) occurs when there are blockages in the major arteries of the leg and this reduces blood flow to the leg leading to atherosclerotic disease. This also leads to high health costs, especially from amputations, as they are associated with lengthy hospital stays. Diabetes increases the risk for amputations and this increases with age.

Critical Limb Ischemia can Lead to a Thromboembolism

In the most severe form of lower PAD known as critical limb ischemia (CLI), the blockages in the blood flow to the legs become severe and in some cases a blood clot will completely block a leg artery, which leads to a painful thromboembolism, which may lead to gangrene. This increases the risk for an amputation. Doctors may try to perform a revascularization to try to avoid the amputation. However, revascularization does not always succeed. If blood flow is not restored, about 50% of the people with CLI will die or need an amputation within one year. Losing a limb is devastating for most people and so this treatment with capsules containing sodium alginate from brown algae may be able to treat CLI without the need for an amputation.

It is estimated that there are about 60,000 new cases of CLI in the UK every year. In Western countries there are about 120-500 million lower limb amputations per year and this rate increases with age. The rate of CLI is expected to increase, as the aging population grows with the increasing occurrence of diabetes.

We certainly hope that human trials with sodium alginate from brown algae will be successful and that limbs will be saved in patients with critical limb ischemia (CLI).