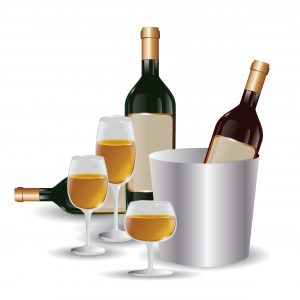 A study described in a press release that was published March 7, 2019 by the American college of Cardiology (ACC) shows for the first time that moderate alcohol drinking is harmful rather than being protective against heart disease or stroke, as it raises blood pressure. High blood pressure (hypertension) is a leading risk for heart attacks and stroke.

The researchers examined medical information on 17,059 adults who were enrolled in the large National Health and Nutrition Examination Study (NHANES) between 1988 and 1994. The NHANES study was led by the Centers for Disease Control and Prevention (CDC).

Until now some research has suggested that moderate drinking might be beneficial for preventing heart disease, but the results of this research show very clearly that moderate as well as heavy alcohol drinking can increase blood pressure. Dr. Amer Aladin, the lead author, suggests that previous studies had smaller numbers of participants compared to this large NHANES study, so the results in this study that include a much larger number of participants may account for the different results. The study also included a lot of diversity among the participants regarding, age, gender and ethnic background. Also, Dr, Aladin said that this is the first study that shows that both heavy and moderate alcohol drinking can cause blood pressure to become high.

The researchers got their information about the drinking behavior of the participants from questionnaires that were sent to them in the mail or were obtained in person.

Participants were Divided into Three Groups

The researchers suggest that people who are moderate or heavy alcohol drinkers should have their blood pressure regularly tested at each medical visit and seek advice on cutting down on drinking, so as to eventually be able to quit.

Drinking Alcohol was Associated with premature Death from all Causes

Another study published August 24, 2018 by researchers from the University of Washington in the Lancet journal shows that drinking alcohol was responsible for 2.8 million deaths from all causes all over the world in 2016. Alcohol use was listed as the 7th leading risk factor for premature death from all causes and disability for people ages 15-49. The researchers found associations between drinking and premature death, cancer and cardiovascular events.

The researchers discovered that the more alcohol is consumed, the higher is the risk for cancer and death from all-causes. They concluded that only zero consumption of alcohol is safe.

Short-term Rehabilitation after a Stroke, Heart Attack or Surgery

If you or your loved one are after a cardiovascular event like a stroke or heart attack and are in need of short-term rehabilitation, the Park Crescent Healthcare and Rehabilitation Center in East Orange, New Jersey offers post-stroke care and cardiac rehabilitation.

If you drink even moderately and suffer from high blood pressure then it pays to cut down or quit to prevent a heart attack or stroke.