Gaucher disease increases fatty substances in your spleen, liver, and bone marrow due to a dysfunction of the glucocerebrosidase enzyme. The organs enlarge and fail. In addition, these fatty substances can also build up in bone tissue, thereby increasing the risk of fractures.

There are three main types of Gaucher’s disease. Type 1 is the most common. If you have it, your symptoms may be mild, moderate, or severe, but some people don’t notice any problems at all. There are several treatments for type 1.

An inherited disorder, Gaucher disease is most common in Jewish people of Eastern and Central European descent (Ashkenazi). Symptoms can appear at any age. 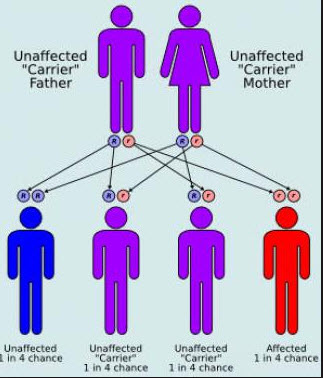 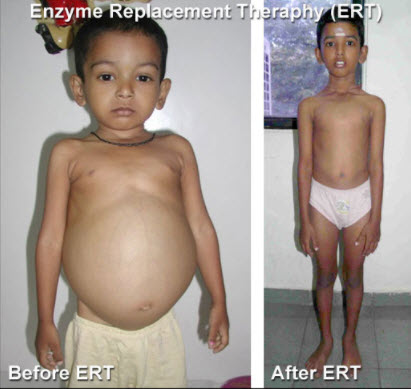 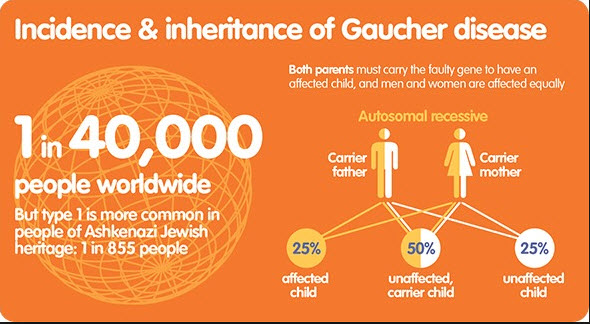 Gaucher’s disease can have many symptoms, including a swollen belly, bruising, and bleeding.

Your blood might not clot well, or you might get anemia. It can also cause bone mineral loss that leads to pain and easily broken bones.

Type 1, is the  most common form. It usually doesn’t affect your brain or spinal cord.

Symptoms of type 1 can appear at any time in your life, but they usually show up by the teen years. Sometimes the disease is mild and you won’t notice any problems.

Type 2 affects the brain and spinal cord and is very serious. Babies with this form usually don’t live past age 2. The symptoms include:

Type 3. This type also affects the brain and spinal cord. The symptoms are similar to type 2, but they usually show up much later in childhood and take longer to get worse.

Perinatal lethal Gaucher’s disease. This is the most severe type. An infant with this form usually lives only a few days. These symptoms are overwhelming for a newborn:

Cardiovascular Gaucher’s disease (type 3C). This is rare and mainly affects your heart. You might have symptoms like:

If your doctor thinks it’s Gaucher’s disease, he can confirm that with a blood test. He’ll also do tests regularly to track the condition. You may have an MRI (magnetic resonance imaging) scan to see if your liver or spleen is swollen. You might also get a bone density test to check for any loss of bone.

When Gaucher’s disease runs in your family, blood or saliva tests can help you find out if you could pass the disease to your child.

Treatment depends on what type of Gaucher’s disease you have.

Enzyme replacement therapy is one option for people who have type 1 and some with type 3. It helps reduce anemia and shrinks an enlarged spleen or liver.

Enzyme replacement therapy medications may include:

Other medications for type 1 are eliglustat (Cerdelga) and miglustat (Zavesca). They are pills that curb the process in your body that forms the fatty materials when you have an enzyme shortage.

There is no current treatment to stop type 3 from causing damage to the brain, but researchers are always looking for new ways to fight the disease.

Other treatments that can help your symptoms are:

Gaucher disease is passed along in families, about 1 in 450 people of Ashkenazi Jewish descent (from Eastern and Central Europe) have the condition. It’s the most common genetic disease that affects Jewish people.

You get the disease when both of your parents pass along a damaged GBA gene to you. A faulty gene can pass on to your children even if you don’t have Gaucher’s disease.

You can get information on resources and support groups from the National Gaucher Foundation.

The organization has a mentor program that lets you connect with others who have the disease to share experiences and ideas for living with your condition.