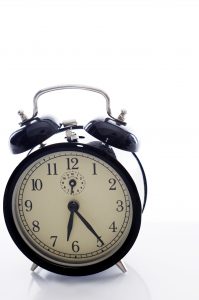 Spring is (unofficially) here! Daylight saving time will begin early Sunday morning, at 2:00 a.m. With daylight savins time, we lose an hour of sleep, but gain an hour of daylight. Move your clock forward before you go to bed on Saturday night to avoid any confusion when you wake up!

Believe it or not, daylight saving time is quite controversial around the world, and some places have done away with it altogether. Every year, opponents and supporters of DST hash out the pros and cons of artificially adding more sunlight in the summer. Since this is a healthcare blog, we’ll bring you the main arguments regarding DST’s health effects, and you can decide where you stand.

Of course, what you and I think about it is irrelevant. Daylight Saving Time is an institution in the United States (except Arizona and Hawaii), and probably won’t change anytime soon.

But here are some pretty surprising benefits and downsides of Daylight Saving time:

Moving your clock an hour ahead messes with your internal clock, much the way jet lag does. Your body is an hour off, and it will take a full day until the effects subside. One-hour jet lag isn’t as hard on your body as, say, a transatlantic flight, but it can still affect you negatively. You may have trouble sleeping Sunday night while your sleep-wake cycle adjusts.

While some studies note more car accidents happen in the days immediately following the time change—likely due to drowsy drivers—there is an overall decrease of accidents during DST. This is because it’s still bright outside in late afternoon, when road volumes are highest. Better light equals fewer accidents, so in that regard, the time change serves its purpose.

DST helps us be more active

According to research, people burn 10 percent more calories during daylight saving time. Of course, that might have to do with the fact that the weather is warming up and people want to spend time outdoors. But the research says that because the sun stays out longer, we’re more likely to do something active after work.

DST may leave you feeling tired and less focused

It’s a temporary problem that has to do with your disrupted circadian rhythm, but it can cause problems at work. Studies show a link between the time change and lower productivity at work the following Monday. Night owls tend to feel more sleepy than those who go to bed early, sometimes for as long as three weeks after the change.

A study found a 25% increase in heart attacks the day after the shift. The total number of heart attacks for the week stayed the same though, so it seems the effect of DST triggers heart attacks in those already likely to have one. Likewise, stroke rates appear to rise in the two days following both the spring and fall time changes.

If you’re still keeping track at this point, it’s clear that daylight saving time has its pros and cons. If you want to minimize the effect of the time shift, try moving up your schedule in increments. Go to bed tonight half an hour earlier than you normally do, and set your alarm for half an hour earlier as well. On Saturday night, add another half hour. On Sunday, you’ll be ahead of most people as your body will already be adjusted!