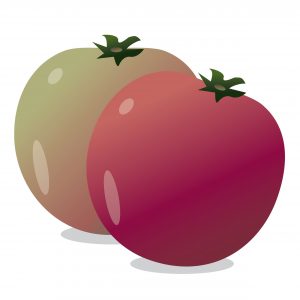 According to an article published by the National Institute on Aging (NIA), a compound called tomatidine found in green tomatoes may have anti-aging properties. The study was carried out on C.elegans roundworms, but the researchers also did preliminary human cell testing. These particular kind of roundworms are similar to many human aging molecular pathways. The NIA research involved wide collaboration between three research laboratories of the National Institute on Aging’s Intramural Research Program: the Laboratory of Molecular Gerontology, the Laboratory of Genetics & Genomics, and the Laboratory of Neurosciences.

The research was published April 11, 2017 in Scientific Reports.

Tomatidine improved muscle function in animal models and hopefully, it may prove to be able to prevent or slow down age-related decline in human skeletal muscle tissue called sarcopenia. It is mainly the deterioration of the mitochondria referred to as the powerhouse of cells that leads to sarcopenia. Sarcopenia can lead to functional decline of muscles and a loss of independence in seniors.

Results of the NIA Research Team

The NIA research team found that the roundworms that had tomatidine added to their food lived significantly longer and had better physical health than the roundworms that were fed a standard diet. The tomatidine reduced the age-related decline in the function of cells. The researchers also found an increase in the production of important genes that are related to the maintenance and health of the mitochondria of the cells.

While these results show that tomatidine found in tomatoes may help to slow down aging and even may extend the life span, more research is needed to see what form of tomatidine could be safely used by humans or if simply adding more vegetables containing tomatidine to the diet could help to slow down aging. Tomatidine is listed as a poisonous irritant and is dangerous to swallow or inhale. Until there is more research on using it in some safe supplemental way, people should only eat tomatoes and stay away from any commercial tomatidine supplements. The Food and Drug Administration (FDA) does not regulate dietary supplements the same way that they regulate prescription drugs. So you are basically taking risks when you take any kind of a supplement on your own without seeking proper medical advice.

Stems and Leaves of the Nightshade Family of Vegetables Like Tomatoes, Potatoes and Egg Plants are Poisonous

In case you do not know it, the leaves and stems of tomato plants are  poisonous. Only the tomato fruits are considered safe to eat. Tomatoes like potatoes and egg plants are part of the nightshade family and their leaves and stems contain solanine which is a glycoalkaloid poison. Moreover, green potatoes and potatoes that have sprouted can also have toxic amounts of solanine. Even in moderate amounts solanine can cause poisoning. A potato that has any green color on it or that has sprouts growing on it should be thrown away!

If you are looking for short-term rehabilitation or long-term skilled nursing care choose a facility like the Park Crescent Healthcare and Rehabilitation Center in East Orange, New Jersey that offers expert care at the hands of a warm and caring staff. They also offer fine dining with a healthy and delicious cuisine.

Let us hope that future research will show if this compound tomatadine found in green tomatoes can be safely used to slow down aging and to be able to improve muscle function in aging humans.