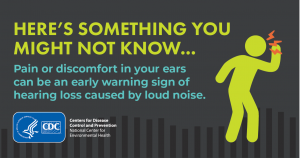 Is your loved one forgetting things? This may be because they do not properly hear a lot of what is said to them. A study published June, 2019 in the Canadian Journal on Aging suggests that hearing loss may be the reason for some kinds of memory loss. Thus, if a person does not hear clearly what is said to them, they will not be able to remember it.

Participants in the study were 20 people over age 70, who were at Baycrest, a hospital-based outpatient neuropsychology clinic in Toronto. They were given a neuropsychological assessment to see if dementia was responsible for their memory problems. After this testing they were also sent for a hearing screening test.

The majority 56% of the participants had some kind of mild to severe hearing loss and only 20% of them were using hearing aids. A quarter of the participants were not found to have signs of memory loss due to a brain disorder. Some of the seniors were sent to a hearing clinic for a full assessment of their hearing loss. In some cases the researchers also recommended the use of a hearing aid.

Hearing loss is the third most common chronic health condition in seniors and affects 50% of seniors over the age of 65 and 90%  of seniors over the age of 80. Most people do not seek treatment for about 10 years. Also, fewer than 25% of people who need hearing aids will buy them. Most hearing loss in seniors is age-related hearing loss called presbycusis. However, hearing loss can also be from loud noises. According to the National Institute on Deafness and other Communication Disorders (NIDCD), it is estimated that one in three seniors in the United States aged 65-74 show some hearing loss. See our blog post from August 2, 2019 to read more about hearing loss and aging.

Talk to your doctor if you have any of these symptoms. Symptoms of presbycusis may be like symptoms of other medical problems.

If you or your loved one are suffering from memory loss and dementia, the Park Crescent healthcare and Rehabilitation Center in East Orange, New Jersey provides memory care at its best. For people in advanced stages of dementia there is a Snoezelen room that offers unique sensory therapies, audiovisual stimuli, pastoral scenes and aromatherapy. The caregivers are specially trained to care for people with memory loss and dementia.

If you or your loved one have hearing loss, it certainly pays to treat it, so as to have a better quality of life and a lower risk for dementia.