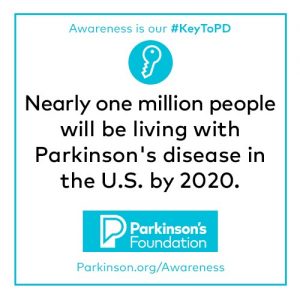 Participants in the study were from the medical databases of the Maccabi Health Services in Israel. There were 262,638 people between the ages of 40-79 who were not taking statin cholesterol lowering drugs. The study was carried out from 1999-2012. The participants were followed from their first cholesterol test until they developed Parkinson’s disease, died or the study ended. Results showed that mainly for men, a higher blood level of total cholesterol and higher LDL cholesterol was associated with a significantly lower risk for developing Parkinson’s disease.

A population-based, cohort study carried out in the Netherlands, published November 15, 2006 in the American Journal of Epidemiology found that low LDL cholesterol levels were associated with an increased risk of Parkinson’s. They also found evidence that the blood levels of the antioxidant coenzyme Q10 was dependent on blood levels of LDL cholesterol. Coenzyme Q10 had been shown to have beneficial effects on Parkinson’s disease in animal studies and some preliminary clinical trials with humans. It is now well-known that reduced levels of coenzyme Q10 can occur as a side-effect for people taking cholesterol-lowering drugs like statins

A study by researchers at the University of North Carolina at Chapel Hill, published February 15, 2007 in Movement Disorders found that Low LDL cholesterol levels were associated with a higher risk for Parkinson’s disease for both men and women.

Vitamin B3 and Fish

A type of Vitamin B3 called Nicotinamide Riboside (NR) has been found to help mice suffering from Parkinson’s disease and it may also be able to prevent motor decline in humans with Parkinson’s disease. It is found in small amounts in milk, but the best food source for it is Brewer’s Yeast or Nutritional Yeast found in health food stores. These kinds of yeasts are no longer alive, as no one should ever eat live yeast. Further research and trials are needed.

Since Parkinson’s is a progressive disease leading to more and more of a decline in motor functions, the day may come when there is a need for long-term care in a skilled rehabilitation and nursing residential facility such as the Park Crescent Healthcare and Rehabilitation Center in East Orange, New Jersey. Park Crescent offers long-term skilled nursing care at its best at the hands of a warm and caring staff.

More research is needed especially to determine what a doctor should do If there is a history of both heart disease and Parkinson’s disease in a family and high cholesterol may prevent Parkinson’s disease, but lead to coronary artery disease (CAD) if it is oxidized.