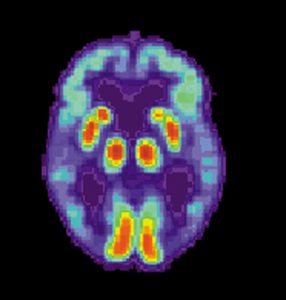 Hyperbaric oxygen therapy (HBOT), a treatment that is in use for complex wound care and healing at Park Crescent Healthcare and Rehabilitation Center (see blog post from February 1, 2019) has now been shown to have successfully treated a woman suffering from Alzheimer’s disease (AD). Researchers from Louisiana State University published results of the case study about this successful HBOT treatment on a 58-year-old woman with Alzheimer’s disease January 9, 2018, in Medical Gas Research. The woman had been diagnosed with Alzheimer’s dementia by PET brain imaging eight months prior to receiving HBOT treatment.

After eight weeks of HBOT, her symptoms were reversed. A new PET scan showed an increase in brain metabolism in the parts of the brain typically affected by AD. Further HBOT treatments combined with pharmacological drugs maintained the woman’s level of function for a further 22 months.

The woman received 40 (1.15 absolute/50 minutes) total HBOT treatments once a day for five days a week for 66 days. After 21 HBOT treatments the woman reported that she had increased energy and activity and was in a better mood. She was also able to draw a correct clock face, perform day-to-day activities and do crossword puzzles.

After 40 treatments by HBOT she reported that her memory had improved, she could concentrate better, sleep better, have conversations, use the computer, had a good appetite, no more anxiety, less disorientation and frustration and more good days than bad days. Also, her physical symptoms like tremor, deep knee bend and motor speed were better.

Recurrence of Symptoms after Two Months

Two months after she had completed HBOT treatments, the woman had a recurrence of her Alzheimer’s dementia symptoms. The woman was then treated again with 56 HBOTs at the same dose, given supplemental oxygen and some pharmaceutical drugs and the Folstein Mini-Mental Status exam. Her symptoms became stabilized.

Alzheimer’s dementia (AD) is the most common neurodegenerative progressive disease that slowly leads to extensive memory loss, destroys thinking skills and the ability to carry out even the most simple day-to-day tasks. The disease is most common in seniors after the age of 60 and more women than men are afflicted with it. However, there is an early onset form that can affect people in their 30s to mid 60s. According to the National Institute on Aging (NIA), AD affects about 5.7 million Americans and while it is currently ranked the 6th leading cause of death in the United States, new research shows that it may actually be the third leading cause of death after heart disease and cancer.

Alzheimer’s disease gets its name from Dr. Alois Alzheimer who documented the first Alzheimer’s patient in Germany in 1902 who was named Auguste Deter. He found her in an asylum and noted that she was suffering from profound memory loss and an inability to perform simple day-to-day activities. After she died, he examined tissue from her brain under a microscope and discovered beta amyloid plaques and tau tangles that have become the classic hallmarks of Alzheimer’s disease.

Scientists believe that aging and a combination of genetic, environmental and lifestyle factors may contribute to the development of AD.

Genes, especially APOE4 is believed to be the main genetic factor in late onset Alzheimer’s disease, but it has also been linked to early onset AD. Most people with Down syndrome will develop Alzheimer’s.

High blood pressure, diabetes and obesity have been associated with a higher risk for developing Alzheimer’s dementia. Also stroke has been linked to a higher incidence of AD.

Air-pollution has been shown in some research to be associated with an increase in Alzheimer’s, even in infants in a study involving autopsies on people in Mexico City. Herpes viruses are also associated with a risk for AD and in fact the NIA is carrying out a clinical trial on people with beginning AD who are being given antiviral drugs.

It is to be hoped that more people will be successfully treated for Alzheimer’s dementia (AD) by hyperbaric oxygen therapy (HBOT) and that this will become a routine way for treating this devastating disease.