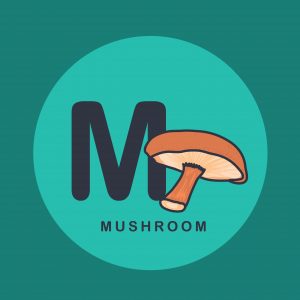 A study published by researchers from the National University of Singapore, March 12, 2019 in the Journal of Alzheimer’s Disease shows that eating mushrooms may help protect against mild cognitive impairment (MCI). Mild cognitive impairment is mild memory loss where people have more memory problems than other people in their age group. However, their memory loss and cognitive function are not as bad as people with Alzheimer’s disease. Participants in the study that ate two portions of mushrooms per week had reduced chances to develop MCI in comparison to those who ate mushrooms less than once a week.

The study was carried out for six years from 2011 to 2017 on 663 Chinese seniors age 60 and over, who were living in Singapore. These participants were enrolled in the Diet and Healthy Aging DaHA) study in Singapore. Those who reported consuming at least two portions of mushrooms a week (more than 300 grams) had significantly reduced chances of developing MCI.

All Mushrooms had the Same Benefit

The researchers led by Assistant Professor Feng Lei used six common types of mushrooms: golden, oyster, shiitake, white button, dried and canned. They found that all of the mushrooms worked in the same positive way against getting MCI. They surmise that a compound called ergothioneine (ET) that has anti-oxidant and anti-inflammatory properties may be the compound that protects against MCI. Ergothioneine (ET) is needed by humans, but the human body is not capable of producing it, so it must be obtained from the diet.

Earlier research found that people with MCI had reduced levels of ET and so the researchers concluded that a deficiency of ET in the body may be a risk factor for neurodegeneration. Also, increasing the amount of ET in the diet might be good for maintaining good cognitive health and may stop the production of toxic proteins in the brain like beta amyloid, tau and acetylcholinesterase.

The researchers concluded that mushrooms and their bioactive compounds can delay neurodegeneration. In fact, those who eat two or more portions of mushrooms a week may have 50% less chance of getting MCI. Also, the researchers want to have another randomized trial with ET and the addition of other ingredients found in plants such as L-theanine and catechins from tea leaves, to determine if these phytonutrients can be effective in delaying cognitive decline.

While people with mild cognitive impairment (MCI) experience some mild memory problems, they do not have personality changes or other problems that are associated with Alzheimer’s disease. They can also continue to carry out their normal day-to-day activities.

The following are signs of MCI:

Also, it is not necessary to first get MCI in order to get Alzheimer’s, as 1-3% of people older than 65, who have normal cognition and memory, can develop Alzheimer’s disease.

Genetics may be a Factor in Developing MCI

If your loved one suffers from Alzheimer’s disease, the Park Crescent Healthcare and Rehabilitation Center in East Orange, New Jersey offers expert memory care at the hands of a warm and caring staff.

Since mushrooms can add a delicious and nutritious addition to your diet and may also help to prevent mild cognitive impairment (MCI), it certainly pays to try to eat two servings of mushrooms a week.