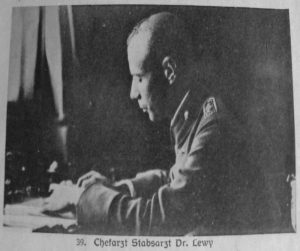 Lewy Body Dementia (LBD) Awareness Month is to raise awareness about the most misdiagnosed dementia. According to the National Institute on Aging (NIA), Lewy body dementia (LBD) is the second most common dementia after Alzheimer’s disease (AD). The theme of this year’s LBD Dementia month is “Love is Greater than Lewy.” This is to say that people with LBD will always have someone to lean on whether it is a loving spouse or other family member, a friend, a doctor, nurse or a Lewy Buddy.

According to the Lewy Body Dementia Association, there are 1.4 million Americans afflicted with Lewy body dementia. However, LBD is the most misdiagnosed form of dementia and to raise awareness of this people are wearing mismatched socks.

Lewy Body takes its name from Dr. Friederich Lewy who was a prominent Jewish American neurologist born in Berlin, Germany. In 1933 he had to flee from the Nazis. Dr. Lewy discovered in 1912 the Lewy bodies that are found in the brains of people suffering from Lewy body dementia and Parkinson’s disease.

In Lewy body dementia, Lewy bodies are clumps of alpha-synuclein protein that develop inside neurons (nerve cells). These Lewy bodies begin to form in the parts of the brain that deal with memory function and movement. This process damages the neurons and they stop functioning and die. This leads to memory loss, dementia and movement, mood and behavior disorders. LBD usually begins around age 50 or older and it tends to affect men slightly more than it affects women.

LBD is an Incurable Progressive Disease

LBD is a progressive incurable disease. In the early stages people can still function, but as the disease progresses people eventually lose the ability to function. In the late advanced stages they may be totally dependent on others for care.

LBD is the Most Misdiagnosed Dementia

Movement Problems in LBD are Similar to Parkinson’s Disease

Movement problems in LBD are similar to Parkinson’s disease such as:

Treating Lewy body dementia is a challenge for doctors, as most anti-psychotic medicines usually make LBD worse, so they must be used with caution.

Treatment for motor movement problems may be some of the same medicines used for treating movement problems in Parkinson’s disease. However, Levodopa can make hallucinations worse, so it must be used in low dosages and with caution.

Prevention may only be by Following a Good Lifestyle

No one has been able to discover how to prevent LBD, but following a good lifestyle may help such as:

Protein in Fish Stopped Formation of Alpha-synuclein in the Brain

A scientific study published April 2, 2018, in Scientific Reports showed that a protein in fish called beta parvalbumin (PV) stops the formation of alpha-synuclein in the brain. Alpha-synuclein is involved in the pathology of both Parkinson’s disease and Lewy body dementia. Salmon, red fish, cod and herring were shown to be particularly good. Other research has shown that fish may prevent or reduce the occurrence of strokes and heart attacks.

Where to Get Help and More Information about Lewy Body Dementia

The Need for Long-Term Care

Since Lewy body dementia is a progressive disease like Parkinson’s and Alzheimer’s, the need for long-term skilled nursing care may arise. For residents suffering from dementia or other cognitive disorders, the Park Crescent Healthcare and Rehabilitation Center in East Orange, New Jersey offers care regimens and recreational programs designed to enhance cognitive function and promote socialization. For those in advanced stages of dementia, sensory stimulation therapies provide soothing and uplifting stimuli, using light, colors, music, and scent.

If you or your loved one are suffering from dementia, it is very important to get an accurate diagnosis, since there is one kind of dementia that can be reversed with shunt therapy, which is called Idiopathic Normal Pressure Hydrocephalus (iNPH). To read more about iNPH see our blog post from July 18, 2019. Unfortunately, the same cannot be said for Lewy body dementia, Alzheimer’s disease or the kind of dementia that sometimes strikes a person with Parkinson’s disease.