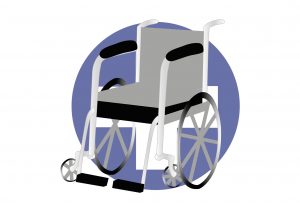 According to a study published October, 2018 in the Journal of Neurology, Neurosurgery and Psychiatry, it is estimated that one in two women and one in three men will get dementia, a stroke or Parkinson’s disease during their lifetime. However, the researchers emphasize that this risk could be lowered by 20-50% if preventive strategies could be developed that could delay the onset of these diseases by a few years in seniors aged 85 or older.

The Rotterdam Study was a large population study that was carried out in the Netherlands. From 1990 until 2016 the researchers followed after 14,926 participants (more than 50% were women) aged 45 and older who were free from diseases when they enrolled in the study. The participants were all from Western European ancestry who generally have long life spans.

During the follow-up period of 26 years the following were diagnosed:

1489 were diagnosed with dementia

263 were diagnosed with Parkinson’s disease

Some Were also Diagnosed with Multiple Diseases

Neurological Diseases are Leading Causes for Disability and Death

Neurological and neurodegenerative diseases like strokes, dementia and Parkinson’s are leading causes for disability and death. They also pose an enormous emotional and financial burden on the seniors afflicted by these diseases and their families.

If you or your loved one are in need of short or long-term skilled nursing care for neurological diseases or post-stroke care, you should find one skilled in speech therapy, occupational therapy, physical therapy and memory care like the Park Crescent Healthcare and Rehabilitation Center in East Orange, New Jersey. Park Crescent also offers the chance to participate in good recreational therapy programs

Since the chances are so high for seniors to get these devastating neurological diseases, it is to be hoped that research will come up with a way to prevent, delay or slow down their progress. Also, since most of these diseases can lead to short or long-term skilled rehabilitation and nursing stays in a residential facility, people must prepare to have some kind of way of covering these costs like investing in long-term nursing care insurance. The time to prepare is before you reach old age.