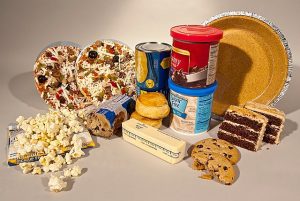 In 2003 the Food and Drug Administration (FDA) ordered that all trans fatty acids (TFAs) in foods had to be labelled on the contents of all packaged foods by 2006.The reason for this was that research had shown that trans fats mainly found in partially hydrogenated vegetable oils commonly called margarine are associated with a high risk for heart disease. TFAs were shown to raise the levels of low-density lipoprotein (LDL) cholesterol, while lowering the levels of beneficial high-density lipoprotein (HDL) cholesterol. In fact, just 2% of total calories from TFAs has been shown to increase the risk for coronary heart disease and heart attacks by 23%.

A new study was published March 13, 2019 in the American Journal of Public Health (AJPH) that shows that the blood levels of TFAs in New Yorkers have been reduced and thus the risk for cardiovascular events like heart attacks has been lowered.

The study was based on two cross-sectional population-based New York City Health and Nutrition Examination Surveys (HANES) conducted in 2004 and 2013-14.

Those who ate less that one meal a week in a restaurant had a 51.1% decline in TFAs in their blood.

Those who ate out in restaurants four or more times a week had a 61.6% reduction in the levels of TFAs in their blood.

Summary of the Results

The blood levels of TFAs in adult New Yorkers dropped between 2004 and 2014. Since the greatest drops were in those who ate more often in restaurants, this gives evidence that restricting the use of TFAs in restaurant food was effective in reducing exposure to trans fatty acids TFAs).

Impact of the Results of the HANES Study

The researchers believe that the results of this HANES study will have an impact for restricting use of TFAs in restaurants all over the United States.

On June 18, 2018 a nation-wide ban by the Food and Drug Administration (FDA) on using TFAs in all US restaurants and grocery stores went into effect and the researchers believe that this will also lead to a significant drop in TFAs in the American population with a lowered risk for heart disease and heart attacks.

On May 14, 2018 the World Health Organization (WHO) called for the elimination of TFAs from the world food supply to prevent heart disease and heart attacks. These TFAs such as margarine and ghee are often found as ingredients in snack good, baked foods and fried foods. They are popular in commercial foods because they have a longer shelf life than other fats.

Rehabilitation after a Heart Attack

If you or your loved one are in need of rehabilitation following a heart attack or heart surgery, the Park Crescent Healthcare & Rehabilitation Center in East Orange, New Jersey offers state-of-the-art short-term care and cardiac rehabilitation.

Since research has shown a definite association between eating foods containing trans fatty acids (TFAs) with coronary heart disease and heart attacks, it certainly pays to eliminate these from all diets.