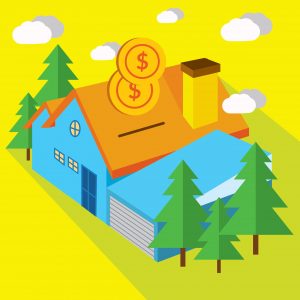 Greatest Stress is on Seniors who Lose their Homes

Sudden financial loss is stressful for everyone. However, for seniors over the age of 65 sudden financial loss can be deadly. In fact, according to a study published April 3, in JAMA (Journal of the American Medical Association), seniors who suffered a sudden major financial loss had  a 50% chance of death from all causes during the 20 year period following the financial loss. The study was carried out by researchers from Northwestern University School of Medicine.

The Health and Retirement Study

Participants in the study were 8714 middle-aged and American seniors. They were aged 51-61 at the beginning of the study. All of them had experienced a major financial loss in 1994. They were followed up for 20 years until 2014.

The stress of sudden financial loss led to a higher risk for several mental and physical disease conditions that could lead to early death such as:

Greatest Stress was Found for Seniors who Lost their Homes

The greatest stress was found for seniors who lost their homes. In other words, losing their nest had a greater risk for bad outcomes than for those who lost only their nest-egg. Those seniors who managed to keep their homes fared better.

According to research, stress increases the risk for developing and worsening chronic diseases such as:

The researchers concluded that an intervention must be found to prevent premature death from all causes in people who suffer from a sudden financial loss.

A study published December 2, 2004 in PNAS found that stress can also speed up the rate of aging by 9-17 years. Participants in the study were 58 pre-menopausal women.

Sudden financial stress can cause the development of diseases, worsen chronic illnesses and lead to early death.