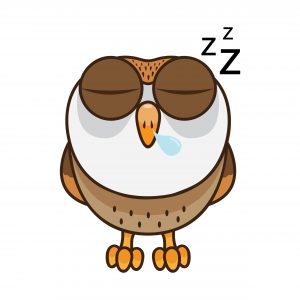 Stroke survivors are often left with serious sleep disorders like insomnia and obstructive sleep apnea that can interfere with their stroke rehabilitation. A study published May 30, 2018 in Scientific Reports found that insomnia which is the inability to fall asleep or remain asleep is often a long-term post-stroke disorder, especially in people who suffered from a right hemispheric stroke. This insomnia can keep stroke survivors from learning new skills and it can also lead to depression.

The researchers carried out their study in a sleep lab in the Department of Psychiatry and Psychotherapy at the University of Freiburg Medical Center in Germany. The participants were 22 stroke survivors living in the community who had experienced a stroke about a year earlier. The researchers used a nocturnal polysomnogram (PSG) test to compare results of the stroke survivors with the general population. They also administered a Multiple Sleep Latency Test. The participants tested them for two nights in the sleep lab, but only analyzed results from the second night. Also, the participants kept a sleep diary.

The researchers discovered that the stroke survivors took a longer time to fall asleep and also slept less hours than the time they remained in bed. Also, they were not able to fall asleep during the day to make up for the lack of proper sleep at night. These are characteristics of insomnia. The lack of proper sleep made it difficult for them to perform certain tasks and learn new skills, which was part of their stroke rehabilitation.

Most treatments for insomnia are with sleep-inducing medicines that are prescribed by a doctor.

A different study published June, 2013 in the Neurology Clinical Practice journal shows that obstructive sleep apnea (OSA) is a breathing disorder that raises the risk for strokes although it is treatable. OSA occurs in about 20% of the population. People who have obstructive sleep apnea stop breathing while they are sleeping sometimes hundreds of times a night. Not only is this a risk for choking, but during the times they stop breathing the brain may suffer from a lack of oxygen. In fact, there is some research that also associates OSA with the onset of neurodegenerative diseases like Alzheimer’s. OSA is also linked with other cardiovascular diseases like hypertension (high blood pressure), atrial fibrillation, heart failure and diabetes. Aging and obesity increase the risk for developing OSA.

Fortunately, OSA can be treated by a continuous positive airway pressure machine (CPAP) that works by delivering air to the sleeping person via a mask by applying mild air pressure on a continuous basis to keep the airways always open in people who are not able to breathe spontaneously on their own. This insures that air will always be available to the sleeping person and it lowers the risk for a stroke and can also help a stroke-survivor regain function after a stroke.

They are as follows:

To read more about strokes see our blog post from February 15, 2019.

Since sleep disorders are very common, but can be treated, it is imperative for stroke survivors to be tested for them in a sleep lab, which can detect sleeping disorders like insomnia and obstructive sleep apnea, both of which can interfere with stroke rehabilitation. Also, untreated obstructive sleep apnea can lead to another stroke and other diseases. If your loved one has suffered a stroke and is having difficulty sleeping, check out how to take them to a sleep lab