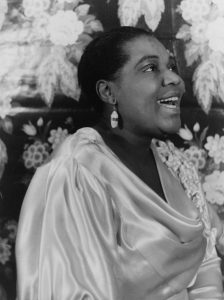 Some of you may remember these lyrics of a song made famous by that great African-American blues singer, Bessie Smith:

“I hate to see that evening sun go down”

Today millions of caregivers and loved ones of people with Alzheimer’s disease and dementia also hate to see that evening sun go down because of a strange behavior syndrome called sundowning. Sundowning or sundown syndrome is a disorder that affects many people with Alzheimer’s disease. As the sun sets, they may become restless and wander, agitated, sad, confused, disoriented, moody, angry or even violent and aggressive. Hallucinations may cause them to pace around while screaming and crying. Unfortunately, this behavior can last all night. This puts a tremendous burden of stress on their caregivers and loved ones who are tired and in need of a good night’s sleep. According to a study reported by the National Institute of Health, agitation from sundowning is a common cause for needing to go to long-term institutionalized care.

No one knows for certain why the setting of the sun sets off this behavior disorder. However, the National Institute on Aging (NIA) offers some possible explanations:

Try to Find the Trigger that Leads to Sundown Syndrome

Try to discover what seems to set off your loved one with AD and then try your best to stop these triggers. For example:

Does your loved one get disturbed as the house becomes more noisy and bustling in the evening when people return from work or their daytime activities?

Does the sound of the television seem to bother them? Check to make sure that there are no violent movies on the television. Watching the news can also be very upsetting.

Do they become more agitated and anxious when people are speaking in the room?

Does a different caretaker come on in the evening?

The National Institute on Aging (NIA) and the AARP suggest tips for handling sundowning:

Some caretakers have discovered that stopping the consumption of foods containing caffeine like coffee, tea, coca cola, chocolate and also sugar help against sundowning.

The NIA advises restricting alcoholic drinks, as they may cause anxiety and confusion.

Try to stick to routines and do not introduce something new at this time. Many people with dementia have a “fear of the new”.

Try distracting them with a snack food they like, with something like a favorite song or a favorite object, pet or hobby.

Some experts suggest keeping the temperature of the bedroom below 70 degrees F. and keeping only dim lights on.

Others suggest, that when the sun begins to set to put on bright lights, so that the darker it gets outside the brighter it gets inside the home. Make sure that the light is bright enough so that there are no shadows, as these can trigger all kinds of fears.

Try playing calming music like the sounds of the sea, birds singing and other music that is calming. Try out different kinds of music and see which is the most therapeutic to use. Begin playing this music as the sun begins to set.

Some report success with aroma therapy such as frankincense and myrrh or lavender.

Some caregivers claim this treatment helps. Try foot or hand massages in a warm foot bath with a few drops of lavender or rosemary.

Some caregivers also report that acupuncture treatments may help with dementia, so look for a professional who is experienced with this type of treatment.

Last but not least, caretakers report that a big warm hug can also help!

Check with your doctor about anti-anxiety medicines which might help your loved one relax in order to fall asleep. Ask what side effects to look out for. Don’t forget that a drug that works for one person may not work at all for someone else.

Urinary tract infections (UTI) are the most commonly found infectious diseases in seniors. People with dementia often are not able to communicate about these kinds of symptoms. Also they may be incontinent. Often the only sign they have UTI is if they show more confusion and agitation. Check with your doctor about checking for UTI. UTI that goes untreated can spread to the kidneys and lead to life-threatening sepsis.

According to the National Institute on Aging (NIA), about 5.7 million Americans, mainly seniors, have  Alzheimer’s disease (AD). Alzheimer’s disease is a progressive brain deteriorating incurable disease. Alzheimer’s causes severe memory loss and cognitive decline, psychiatric and behavior disorders, sleep disruptions, agitation and in its final stages a total inability to carry out the most simple day-to-day tasks. Alzheimer’s is the 6th leading cause of death in the United States, although according to the NIA it may really be the third leading cause of death because many cases go unreported. See our blog post from September 4, 2019 about the expected rise in the numbers of people with dementia, stroke and Parkinson’s disease.

If your loved one is suffering from Alzheimer’s, dementia, or other cognitive disorders, Park Crescent Healthcare and Rehabilitation Center in East Orange, New Jersey provides expert memory impaired care at the hands of a warm and caring staff who are especially sensitive to their physical, emotional, and psycho-social needs. Innovative treatments like a Snoezelen room and aroma therapy are offered to people with advanced dementia.

Sundowning is a very difficult behavior problems that is often found among people suffering from Alzheimer’s disease. Hopefully, these tips may be of help in managing sundowning.