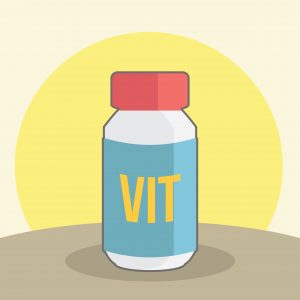 Vitamin D, the “sunshine” vitamin is known for its role in maintaining healthy bones and preventing fractures. It has also been shown that a deficiency of Vitamin D is associated with more unintentional falls. However, no one was able to prove that Vitamin D also has a role to play in maintaining good muscle health and function. A recent animal study carried out by researchers at the Westmead Institute for Medical Research in Australia has been able to show that Vitamin D is necessary for building and proper functioning of muscles. The Vitamin D signaling in cells is necessary for muscle strength and for building normal sized muscles. The study was published June 21, 2019, in the Journal of Cachexia, Sarcopenia and Muscle. The study was led by Professor Jenny Gunton.

Mice without Vitamin D receptor in muscle cells had smaller and weaker muscles and could not run as fast or as far as mice with normal Vitamin D function. While they had a lower muscle mass, they had an increase in fat. Also, from a very early age, these mice had significantly weaker grip strength. This was in spite of the fact that the mice that were missing the Vitamin D receptor were of normal body size.

More research is needed, but the results of this study emphasize the importance of Vitamin D receptors for proper muscle mass and function. The researchers hope that these results can pave the way to help prevent age-related degeneration of muscles called sarcopenia in humans. See our blog post June 21, 2019 about a substance in green tomatoes that may also help to treat sarcopenia in seniors.

Vitamin D improved muscle strength and performance in athletes who had been found to be deficient in Vitamin D. This was according to a review published April 15, 2018 in the Journal of the American Academy of Orthopedic Surgeons that was led by Dr. Geoffrey D. Abrams. Increasing Vitamin D also helped lower the risk for fractures and sport injuries. A study of 1000 Royal Marine recruits in the UK found that those who were insufficient in Vitamin D had a 60% higher rate of stress fractures than those who had normal levels of Vitamin D.

Vitamin D deficiency is a serious worldwide problem, and many people who are insufficient or deficient in Vitamin D do not even know it. Vitamin D is normally made in the human body by skin exposure to direct sunlight. The sunlight stimulates skin cells to produce vitamin D precursors. The liver converts these precursors to calcidiol and the kidneys change calcidiol into the active form of Vitamin D. However, some people, especially seniors, may lose this ability to get enough Vitamin D from exposure to sunlight. Also, there is a real fear today that too much exposure to ultraviolet (UV) rays of sunlight can lead to skin cancers like malignant melanoma. Sun bathing and getting a “tan” are no longer popular as they once were because of the risk for skin cancer. Vitamin D is not found very much in foods. Some Vitamin D is found in oily fish like salmon, mackerel and tuna. Also some Vitamin D is found in egg yolks and milk and dairy products that have been fortified with Vitamin D. Fish liver oils are the best food sources and a small amount is also found in beef liver. However, most people who lack it must take it in supplement form.

People with very low levels of Vitamin D may suffer from muscle cramps, pain in their bones (arthralgia) and pains in their joints. Also, low levels of Vitamin D have been associated with increased risks for cancer, fractures, osteoporosis, cognitive decline, depression, multiple sclerosis and more. Fortunately, a very simple blood test can determine if your Vitamin D is deficient, insufficient or sufficient.

Deficient is less than 20 ng/mL

If your blood levels of Vitamin D are deficient or insufficient, your doctor will direct you to taking Vitamin D as a supplement. This is often by Vitamin D baby drops. While Vitamin D can be bought over-the-counter without a prescription, it is not wise to take it without being tested and under a doctor’s guidance. Too much Vitamin D can be toxic. Vitamin D works best when taken on a daily basis rather than on a weekly or monthly basis.

Rehabilitation after a Fracture

If you or your love one have suffered a fracture or other kind of injury and are in need of short-term rehabilitation, the Park Crescent Healthcare & Rehabilitation Center in East Orange, New Jersey offers first class rehabilitation and sub-acute care. Park Crescent also has a state-of-the-art rehab gym for leading to a speedy recovery.

Vitamin D is so crucial for maintaining good muscle and bone health and for preventing many chronic diseases that it pays to have the simple blood test to make sure you or your loved one are not deficient.